You don’t need to love country music to love Nashville. If you have an appreciation of any kind of music and are a total foodie like me, then this city is a must see! I love Nashville. It kind of reminds me of a mini Las Vegas for country music lovers. I recently took a road trip there with my family and was able to spend 1 full day in the city of Nashville. Here’s my take on what to see and where to eat in 1 day. Ready, Set, Go!

So first let me just admit that I am not a country music lover. With that being said, there are some country songs I do like. I can totally dig the old country like Johnny Cash, or Hank Williams. There’s even some new country I like, like Florida Georgia Line. But normally when I turn the radio on, it is not tuned into country. I am telling you all this, because if you are not a country music lover you may have crossed Nashville off of your list of places to see thinking it wouldn’t be fun. I can tell you right now, if you thought this then you would be totally missing out on an amazing city.

I love many different types of music and have a great appreciation for it. As a music lover it is so fun to walk around Nashville.

Everywhere you go, there is music spilling out into the streets. Broadway, the main street is lined with honky tonks, restaurants, and musicians playing everywhere even on the street – just hoping to be discovered. The doors and windows of the honky tonks are always open, so as you’re walking by you can here the musicians playing inside.

And the food in Nashville is A-Mazing! Some of the best BBQ I’ve ever had was here.

We ate at a place called Rippys on Broadway. It’s a casual atmosphere with live music and has some of the best BBQ pulled pork I’ve ever had. We did not leave hungry!

We also ate at a place called Demos a few blocks off of Broadway. This was definately where the locals go and now I know why, the food and the service was tip top. It’s an Italian restaurant. Since I’m Gluten Free that means no pasta for me! I ordered a Grilled Chicken Salad instead. Probably one of the best salads I’ve had! My son Gavin had the Lasagna, and he said it was the best Lasagna he’s ever had. So there you have it, if you want Italian come here. Plus they have awesome lunch specials, so it doesn’t cost a ton to eat here.

If you are craving some sweets and treats, I suggest you visit the Goo Goo Cluster store. It’s one block off of broadway on 3rd Ave S. I had no idea what a Goo Goo Cluster was until I came here. They gave me a sample to try and I was in heaven! It’s basically a mix of milk chocolate, caramel, peanuts, and marshmallow nougats that is sooo delicious and will make you want more!

If you only have 1 day to spend in Nashville like we did, then I recommend touring the Ryman Auditorium. There’s a few different tours you can choose from. We chose the Guided Backstage Tour which is $27.50 for adults and $22.50 for kids.

There is so much history in the Ryman Auditorium. Honestly I knew almost nothing about it walking in. I only knew it was the birthplace of the Grand Ole Opry. It was great to have a tour guide explain the history behind the Ryman as well as touring the backstage area. The tour guides are very knowledgable and you get to learn a lot about the country stars, see inside their dressing rooms, and learn about some of their behavior when they played here.

We spent about a good 4 hours on this tour and it is well worth the money. Plus since we visited here in the summer and it happened to be 100 degrees that day, it felt sooo good to be inside with air conditioning.

If you come here in the summer be prepared for the heat. Do inside tours during the peak hottest time of the day between 11am – 3pm. Then spend the mornings or evenings walking around outside.

We took a stroll through the Music City Walk of Fame Park. This is a landmark tribute to those of all genres of music who have a connection through Music City in some way. The park is located across the street from the Country Music Hall of Fame and Museum.

Of course a stop in Nashville is not complete (if you’re a Jack White fan like me 🙂 ) without visiting Third Man Records. This unique record shop owned by Jack White is just on the edge of downtown Nashville with easy access.

Yes, Nashville – We’ll be back! 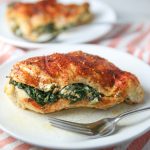 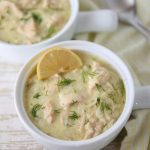