It’s Fridaaayyyyy! And since Halloween is just around the corner, I thought I would make a cocktail to sort of get me in the scary mood. This Mason Jar Dark and Stormy Cocktail only requires 3 simple ingredients and is so delicious! The Dark and Stormy Cocktail is kind of like an distant relative of the Moscow Mule. They both use Ginger Beer and Lime, the only difference is the alcohol you mix with it.

In a hurry? Watch the 60 second recipe video below to learn how to make this! ↓

A Dark and Stormy is made with Dark Rum and a Moscow Mule with Vodka.

For a true Dark and Stormy or (Dark n Stormy), you would use Gosling’s Rum from Bermuda. They were actually the inventors of this delicious cocktail. I had my first Dark and Stormy while on a cruise ship in the Caribbean.

I’m normally not a big Rum drinker, but I mean hey, when you’re in the Caribbean… Now when you’re picking out a Ginger Beer for this, check the ingredients carefully.

I’m Gluten Free so I had to make sure I was using a Ginger Beer that was Gluten Free (not all brands are).

Plus I didn’t want a Ginger Beer with a high sugar count. So I opted for Reed’s Ginger Brew which is all natural. I found it in my local health foods store.

Note: The Ginger Beer used to make a Dark and Stormy is a non-alcoholic Ginger Beer. There are also Ginger Brews out there that have alcohol in them, so don’t confuse the two.

Another question that comes up often when making this cocktail is, ‘can I use Ginger Ale’? I wouldn’t.

Ginger Ale and Ginger Beer are totally different in taste.

Ginger Beer is actually brewed and fermented which gives it a more ‘gingery’ flavor and it’s less carbonated. Ginger Ale is essentially a carbonated beverage made from water and ginger. So that’s it for this easy peasy cocktail! If you try this cocktail, let me know what you think by leaving a comment below!

Cheers to the weekend friends! 🙂 I went Gluten Free about 6 years ago, so all of the recipes I create here are Gluten Free. Read More… 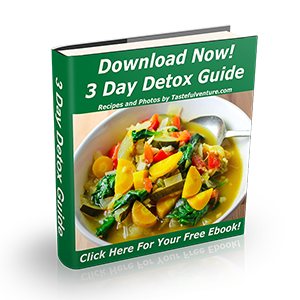 Hi, I'm Sara! I'm addicted to Food and Travel, and love to write about both and photograph everything! Read More…